I booked Paul Roberts to write the string and wind arrangements on the album and then asked him to coordinate players for the recording sessions. He said “I’ll book the horns, but let me turn the strings over to Alyssa Bell, she knows all the best players.”

Boy, no kidding. Not only was Alyssa herself a pro and a pleasure to work with, but check out the roster of bios on this page and you’ll see what Paul meant. (And listen to “Moonlight” and “The Shadows of Paris” — along with its straight-up classical Brahms prologue — and you’ll hear what he meant, too.

I’m a little jealous because I had to supervise the string session remotely via video link from California, so I didn’t get to meet all of these wonderful musicians in person. That needs to change sometime in the future, and soon I hope. 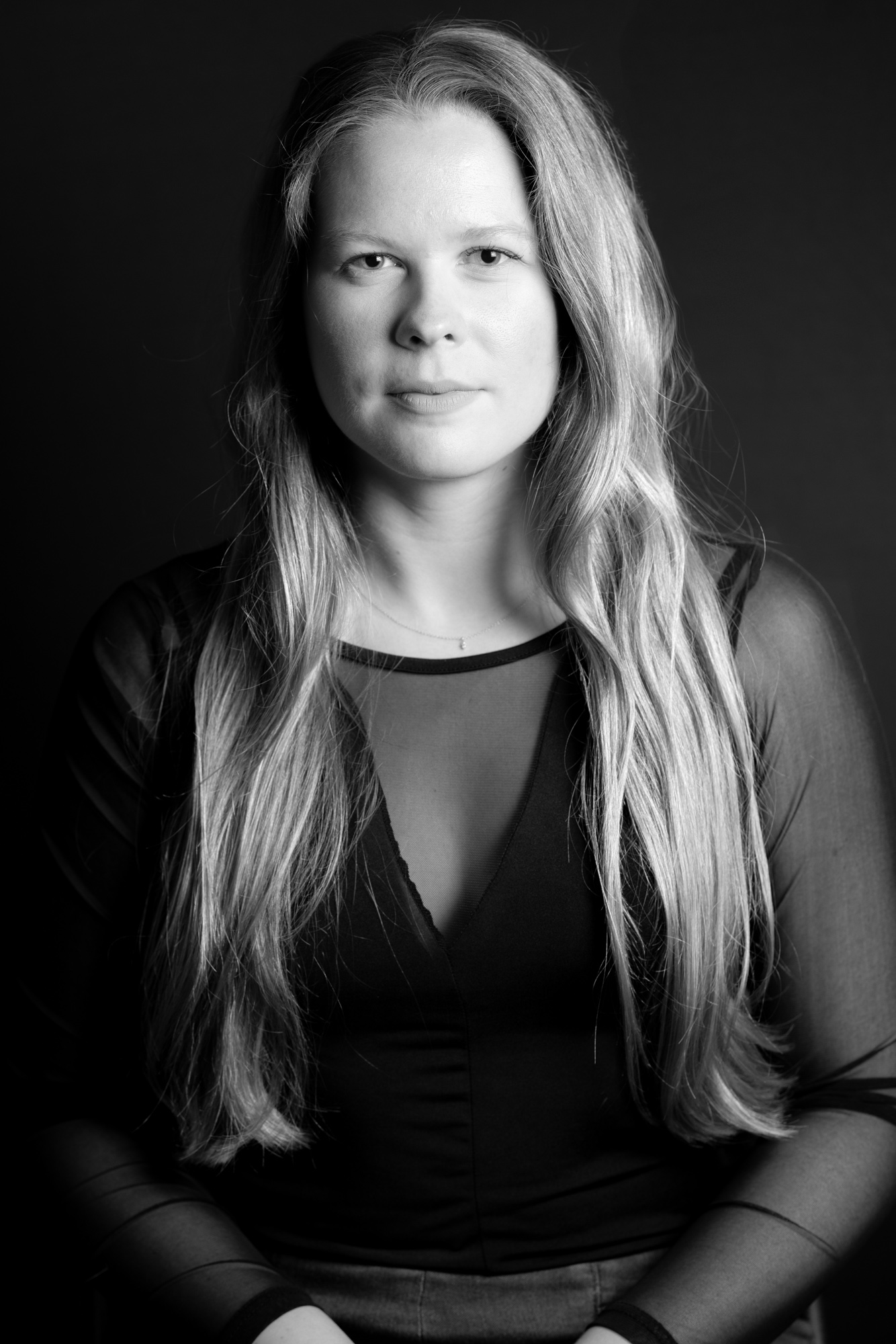 Alyssa Bell is a member of Rewound String Trio and AMEA String Quartet and has worked with the Kansas City Symphony, Symphony of Northwest Arkansas, Harmony Project KC. She has performed with touring artists such as Trans Siberian Orchestra, Michael Buble, Josh Groban, and Rod Stewart. Additionally, she has recorded with several local and international recording artists. In recent years, Alyssa has been developing her writing and arranging. She has been a featured string writer with the Kansas City Jazz Orchestra, as well as on various recording projects.

Alyssa is Professor of High Strings at Northwest Missouri State University and has a passion for music education as well as performance. She is especially devoted to sharing multi-genre music. It is her goal to continuously enhance performance skills while connecting people through various types of music. Recently Alyssa co-founded Soundwave Academy, a music academy focusing on holistic music education including ear training, chamber music, keyboard skills, and more.

Alyssa has a Master of Music in viola performance from the Peabody Conservatory, where she studied with Victoria Chiang, and a bachelor’s degree in music education from the University of Missouri-Kansas City.

Matthew Bennett is a teaching artist for Harmony Project KC and member of the Kansas City Baroque Consortium. At the age of 18 he became the youngest member of the Tulsa Symphony Orchestra. Since then he has performed with many orchestras in the United States and internationally, including the Omaha Symphony, Richmond Symphony, South Dakota Symphony, New Generation Orchestra in Florence, Italy, and the Philharmonie Der Animato Stiftung in Zurich, Switzerland. Passionate about new music, Matthew has performed with Black House Collective as well as the avant-garde performance ensemble Helerud.

In 2012, Matthew worked closely with Grammy-winning composer Michael Colina and premiered Stairway to a Midnight Cafe in New York City. He has also premiered works for violin and piano by the Los Angeles based composer Joshua Peterson.

While studying at the University of Kansas, Matthew was the Director of Chamber Music at Bishop Seabury Academy. He has been invited to Pittsburg State University to teach as a guest and is a past winner of the Oral Roberts University 20th Century Music Competition with Joan Tower’s Platinum Spirals. 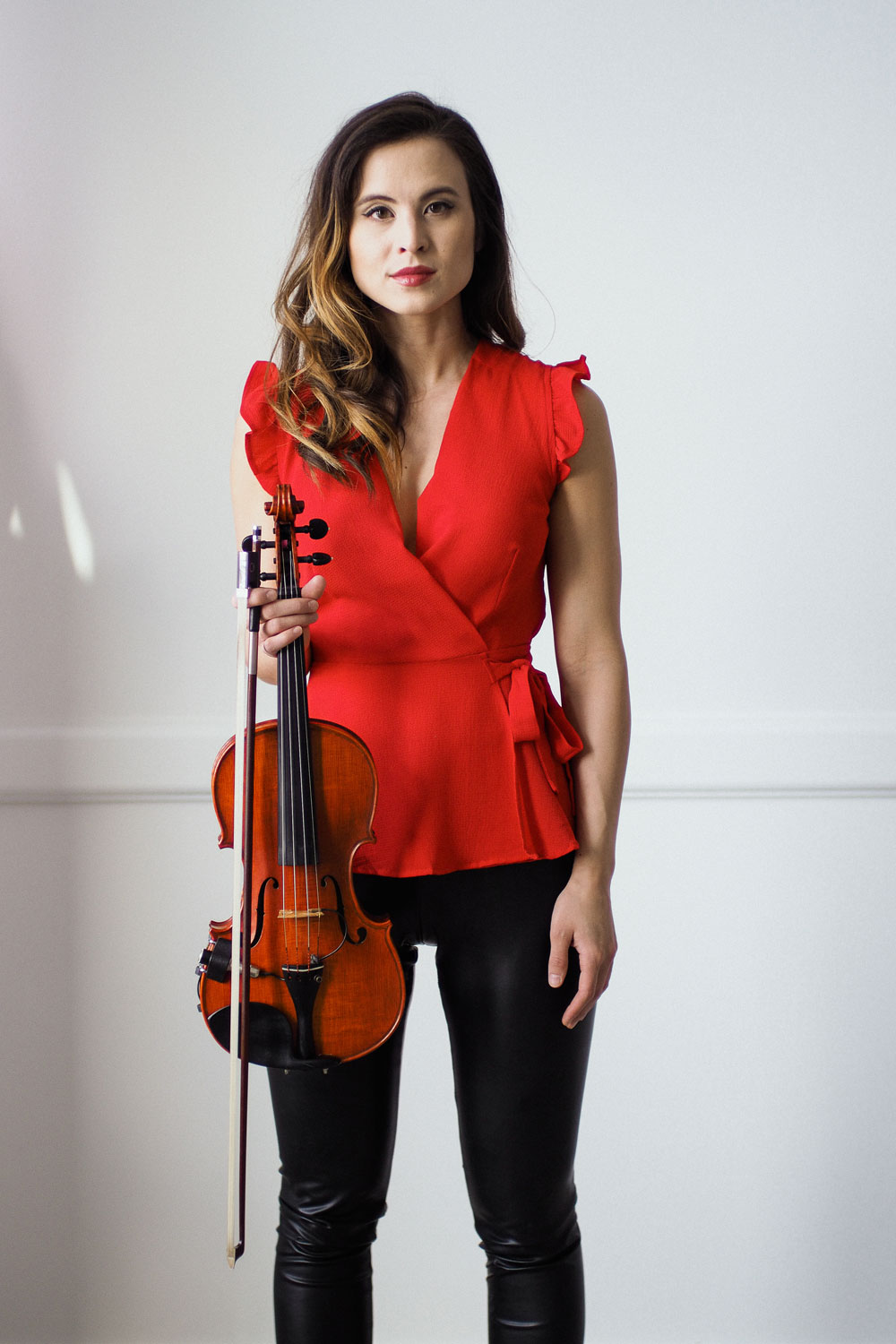 Carmen Dieker, a native of Kansas City, grew up playing piano, violin, flute, and guitar. Though early on she primarily studied classical music, she has performed many genres of music, including pop, rock, jazz, sacred, funk, ambient and musical theatre. She has performed with local groups, like Quixotic Cirque Nouveau, Making Movies, My Brothers and Sisters, and Calvin Arsenia, and the Rewound String Trio as well as internationally recognized groups such as Evanescence, Lindsey Stirling, 2 Cellos, and TransSiberian Orchestra.

She maintains a teaching studio, teaches orchestra at various schools, and performs at area churches and synagogues regularly as a violinist, accompanist, and vocalist. She was recently awarded an International Songwriter Residency at the Banff Centre for Arts and Creativity. 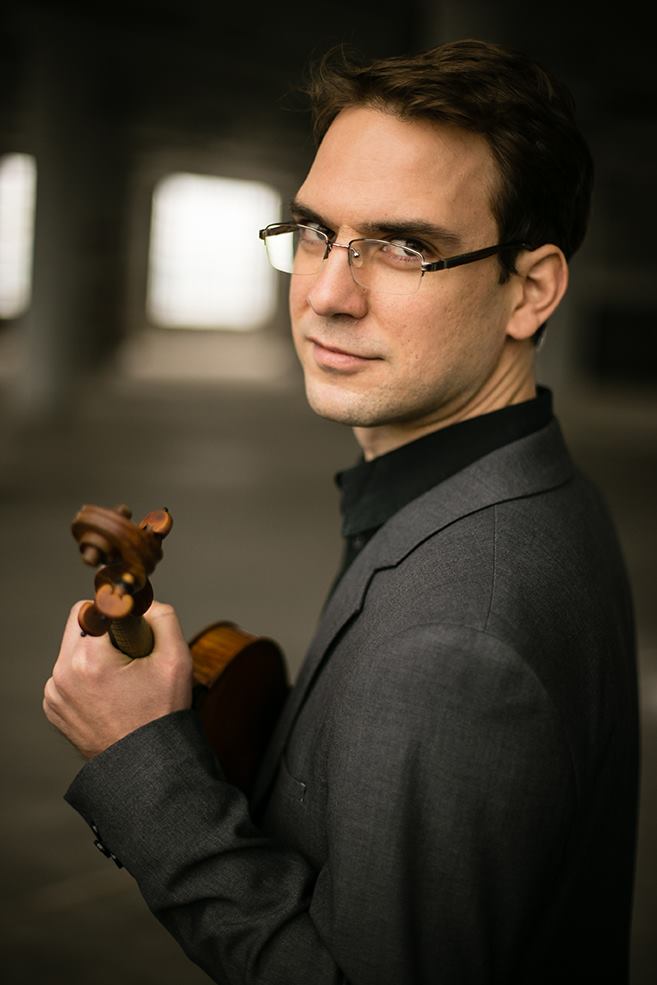 Born in Budapest, Hungary, Zsolt Eder has established himself as an international soloist and chamber musician. Zsolt is in his seventh season as Concertmaster of the Topeka Symphony and is currently professor of violin and viola at Washburn University. He is also a faculty member at the University of Missouri-Kansas City Conservatory Academy and performs regularly in the Kansas City Symphony. His concert series “Zsolt Eder and Friends” launched in 2018.

Zsolt’s interest in different musical cultures and traditions led him to establish folk music group Ensemble Amarcord in 2014. He has a particular passion for educational outreach, having worked for City Music Cleveland and Harmony Project Kansas City. He now works for the Musical Bridges Program at the UMKC Conservatory of Music and Dance, providing free one-on-one lessons for inner-city children.

Zsolt enjoys collaborating with Kansas City groups such as Ensemble Iberica, the Kansas City Baroque Consortium and Spire Chamber Ensemble. He is a graduate of the Franz Liszt Academy in Budapest and the Cleveland Institute of Music. 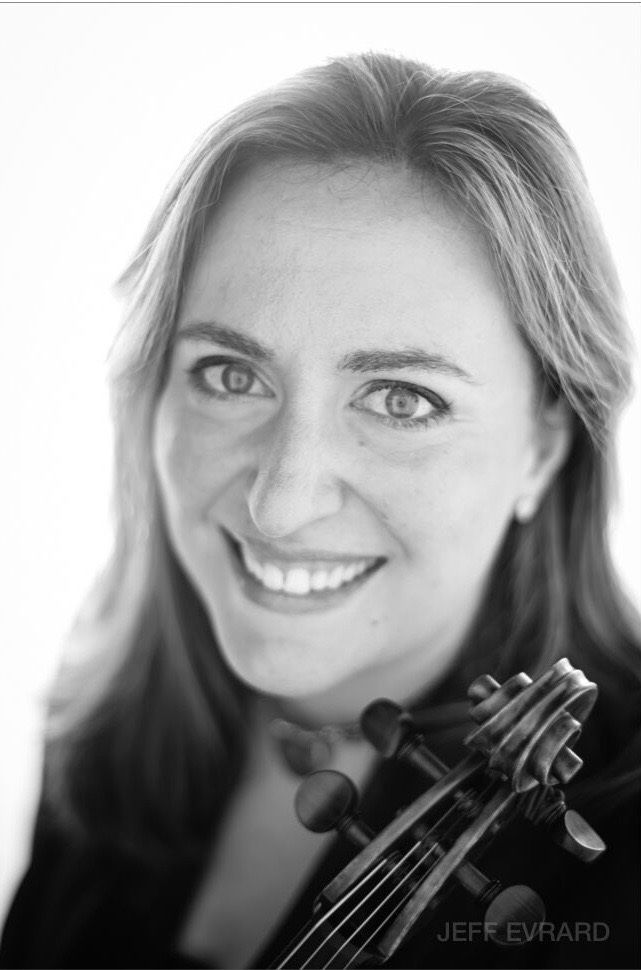 Born to a musical family and raised in New York City, Christine Grossman began playing the violin at the age of five, piano at ten, and viola at sixteen. She received both her bachelor’s and master’s degrees in viola performance from the Juilliard School where she studied with Heidi Castleman, Misha Amory, and Hsin-Yun Huang. Past teachers also include Roberto Diaz, Karen Ritscher, Patti Kopec, Isaac Malkin, and Dorothy Roffman.

Before moving to Kansas City, Missouri, Christine held positions with the Pacific Symphony, Delaware Symphony, and the New World Symphony in Miami Beach, FL. She is an avid chamber musician and formerly was in the California Quartet, based in San Diego. Other performances and festival appearances have taken her from Maine to California and Michigan to Missouri.

Christine was Principal Violist with the Kansas City Symphony from 2008 until 2019. She enjoyed several solo appearances with the orchestra, including Berlioz’ Harold in Italy, an arrangement of Queen’s Bohemian Rhapsody featuring solo viola as Freddie Mercury, and most recently, Mozart’s Sinfonia Concertante.

Christine was the viola professor at the International Center for Music at Park University in Parkville, Missouri, until 2019 and also teaches privately. 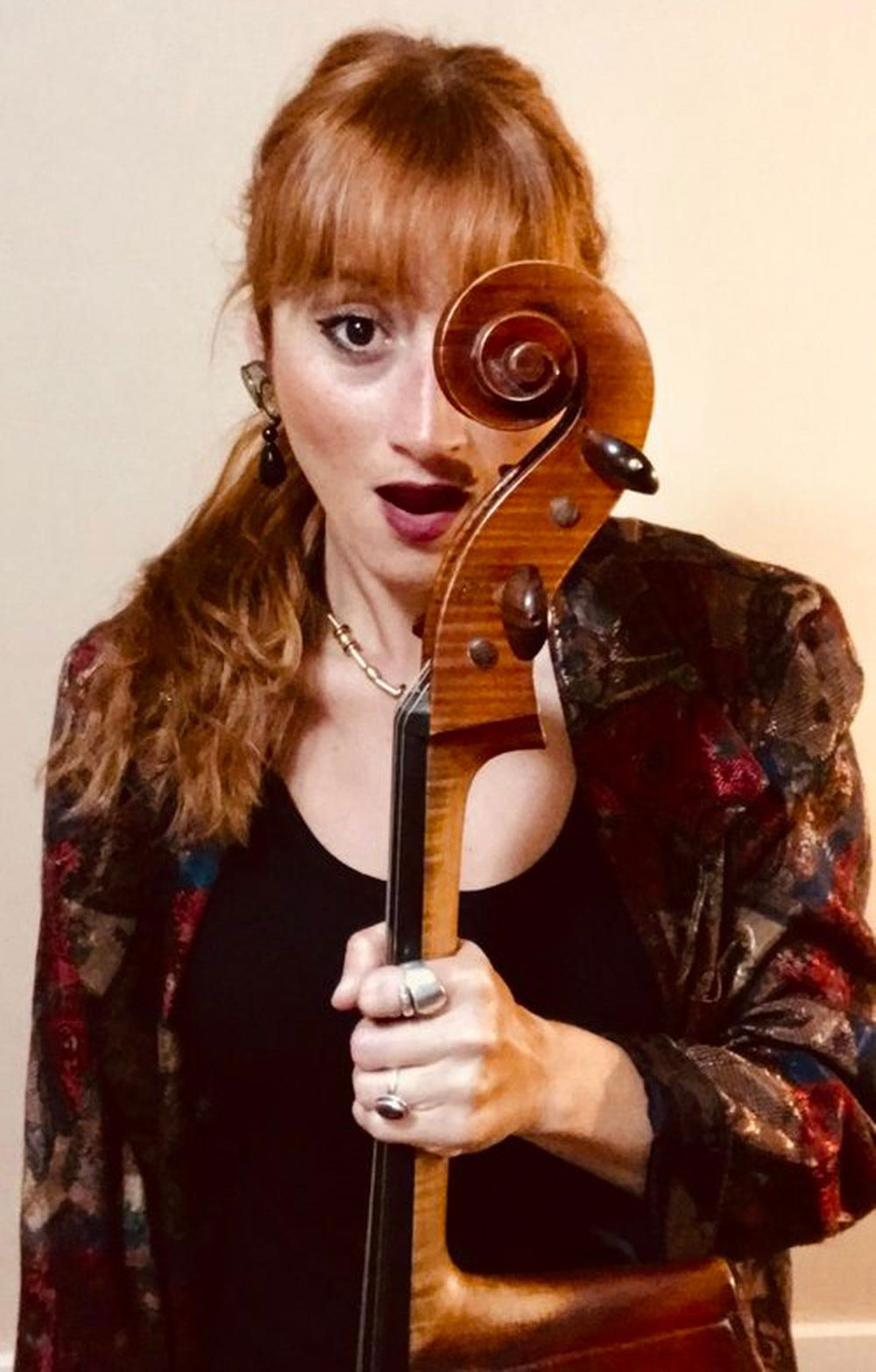 Ezgi attended Dokuz Eylul University State Conservatory in her native Izmir, Turkey, where she won the concerto competition three times. She holds a Doctor of Musical Arts in Cello Performance at the University of Missouri-Kansas City and a Master of Arts from Marshall University. 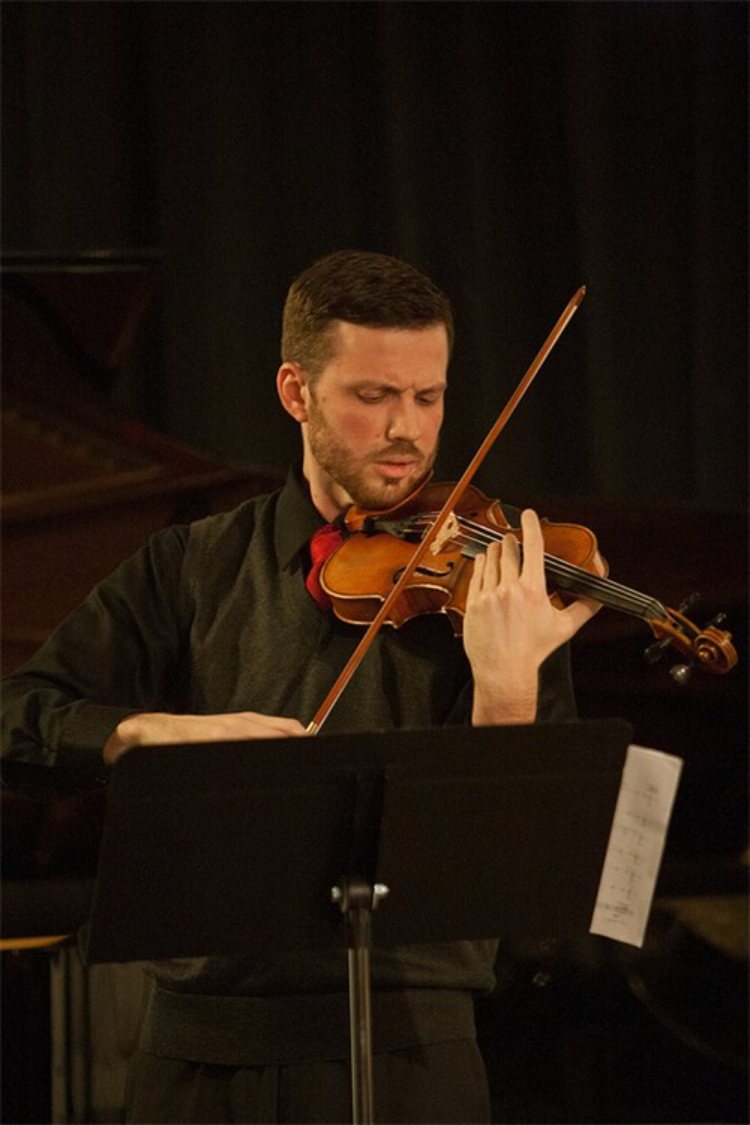 Macedonian violinist Filip Lazovski has appeared as a soloist, recitalist and chamber musician throughout Macedonia, China and the U.S. He has collaborated with numerous artists,
including Daniel Hope, Benny Kim, Keith Robinson, Eric Kim and Scott Lee, as well as musicians from the Cleveland Orchestra and Kansas City Symphony. He is an alumnus of Interlochen Arts Academy and holds degrees from the Eastman School of Music, Kent State University, and the University of Missouri-Kansas City. His teachers include Oleh Krysa, Benny Kim, and the Takács and Miami quartets.

Filip has received prizes from the Fischoff National Chamber Music Association and Tuesday Musical, as well as international competitions in Serbia and Macedonia. He has been part of the Kent Blossom, National Repertory Orchestra and Madeline Island music festivals.

In addition to playing with the Kansas City Symphony, he teaches at the University of Missouri-Kansas City Community Music and Dance Academy. 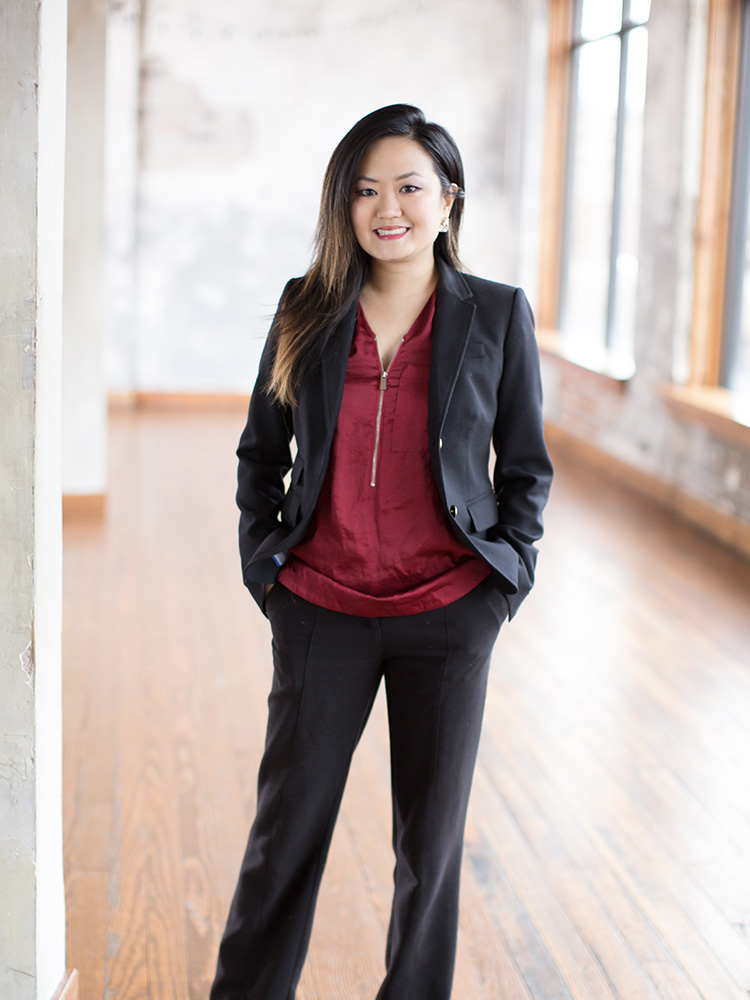 Susie Yang is Associate Principal Cello with the Kansas City Symphony. She made her solo debut with the Chicago Symphony Orchestra at the age of 11 and went on to appear as a soloist with many orchestras in the greater Chicago area.

As an avid chamber musician, Susie won a top prize in the Fischoff National Chamber Music Competition and has participated in the Juilliard Quartet Seminar and the Beethoven Intensive Quartet Seminar at the New England Conservatory of Music. From 2006 to 2008, she was a fellow of the New World Symphony in Miami Beach and was a rotating principal under music director, Michael Tilson Thomas. After winning the concerto competition, she performed the Dvořák Cello Concerto with the New World Symphony in 2007. In April of 2016, Susie performed Dvorak Cello Concerto again, as a subscription soloist, with the Knoxville Symphony Orchestra. Susie has performed as a soloist, orchestral, and chamber musician at many music festivals, including Sarasota, Schleswig-Holstein, Music Academy of the West, Spoleto Italy and USA, Taos, and Yellow Barn.

Originally from the northwest suburbs of Chicago, Susie holds degrees and numerous scholarship awards from The Juilliard School and New England Conservatory of Music. Her teachers include Andre Emelianoff and Laurence Lesser. She has a small private studio of cello students that she loves to teach and enjoys performing chamber music around the community.

Susie serves on the advisory board of String Sprouts KC, which provides free music lessons to diverse communities and schools.